April 26, 2007 Day three at the new school. Not terrible, not GREAT.
met a few girls I think I could be friends with, which I suppose is nice. Angela is a little brazen but I appreciate someone who just sort of barrels right into conversation. Whiplash? A bit, but better than dreaded small talk. Thereâ€™s a girl Krystal who wants me to join theatre because theyâ€™re doing Shakespeare and she says itâ€™ll be more authentic to have a Brit. bother.
Met a girl named Birdie, which is cute. But wow. F I T. she has a really cute laugh and made me feel really at ease straight away. God I hope she fancies girls.

June 15, 2007 I can't even say all that I did today, but I think there's something particularly bloody beautiful about just spending the day with a friend? I really think Ceci might be one of my favourite friends I've made here in Maine. ALSO fit, which ... are all AMERICAN GIRLS LIKE THIS?! I'm in T R O U B L E if so. But say... in a good way. 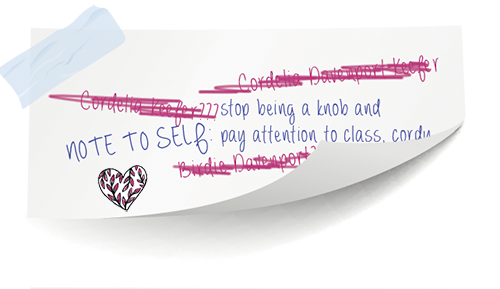 March 20, 2008 Today is the first day in months I haven't even had a moment of missing home. Does that mean MAINE of all places is starting to feel like home? Kinda makes me wonder if I'm betraying my homeland but ... oh well. I have a rather good bunch of good friends, and there's a lot of positives here.

December 22, 2008 Is it weird that I feel like I've gotten so much closer with my dad since I've been gone? Home for Christmas with him this year. I miss mum but it's so good to be home (well, LONDON and not HALIFAX but he promised we'd go up to see the lights like every year) - Majorie said my accent is weird?? I was like BITCH HOW?? I reckon it'll be back to normal by the time I go back. Anyway, dad picked me up and it's just so good to be home with this absolute LEGEND. He wants to cook dinner together?? LIKE SINCE WHEN, FATHER?! Pod person maybe? We've been playing gin rummy every night and I've been kicking his ass. Wholesome shite, but I can tell he really missed me. I didn't expect it to be so hard to be an ocean away. Chopped off most of me in this picture cause I was making a weird face. 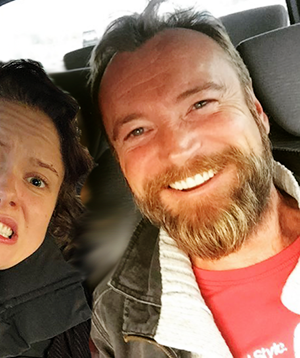 January 19, 2009 I think I might be too much of a flirt??? I mean I've snogged a handful of girls but I never really go much further than that. Chickenshit?? probably. In love with someone I'll likely never have?? Obviously. Maybe I shouldn't flirt so much, or maybe I should just go for it with someone who feels receptive? It's a weird place to be. Also sort of hilarious that a year ago now I burst onto the scene

April 12, 2009 WHY does everyone say that Aries are particularly extra about their birthdays? Should not EVERYONE take nearly a full week to celebrate their entrance to the world? I didn't start celebrating until WEDNESDAY, TO BE FAIR. I LOVE having my birthday on a weekend. Yesterday I brought sweets into class, and commenced the sleepover because well, who doesn't want to celebrate with a bunch of friends over? Mum made my favourite breakfast for us, complete with the most delectable Chelsea buns. She's going to teach me her recipe soon, I can't wait. Everybody went home for a bit but then we'll commence this evening with a movie night. I might try and get another sleepover out of a certain someone, but let's not push it, ey?

June 13, 2009 LAST DAY OF SCHOOL. FREEDOM!!!! It's so odd the way schooling here is in America, but well I'm adjusting well enough. I have to start thinking about universities now, which feels ... rather big. One more year then I'm just what, OFF in the world like a real adult? I think I really do want to lean into my baking, somehow. But I also don't really like the idea of stressing the fuck out in a five-star kitchen or something? TBD. 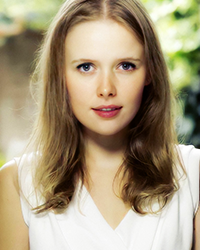 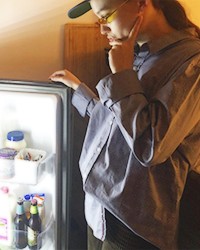 → I hate my senior pictures with a fiery passion and don't know what I was thinking with this outfit but sod it, this one's F I N E.
→ Including my favourite fridge monster for posterity. weekly sleepover august 2009

september 16, 2009 I kissed her. Okay well, she asked me to after CHRIST I told her how I felt. I don't know what came over me to finally let me say those things that have been kept so tightly bottled up. I felt like the world split open into goddamn butterflies and rainbows and all that soppy shite. The kiss was just ... well, I feel like it was the sort that the greatest poets would write about. perfect. I can't wait to do it again. We're going to take it slow, and I'll take it as private and as slow as she needs. How lucky can a person be, to legitimately fall for their best friend, and have her want them back?? 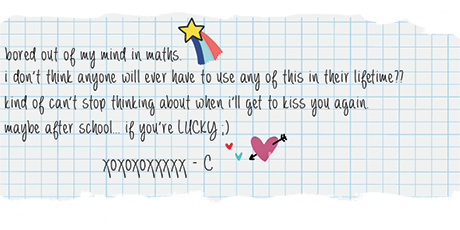